Unwanted audible noise is now part of modern human life, whether it is produced by people or machinery.  Although low level noise is not necessarily harmful, prolonged exposure can cause fatigue and stress related health issues.  This can also apply to the workplace where the use of fans to cool electronic equipment is becoming more widespread in order to make product size smaller.

Industrial, communications and medical equipment frequently use fan cooled AC-DC power supplies because of their small size.  Many equipment manufacturers though are being asked by their customers to reduce the amount of audible noise generated by their products.  Fans in medical equipment used in the proximity of the patient can delay or complicate recovery.  Engineers using laboratory test equipment or technicians operating analyzers do not want to be distracted by the noise of an irritating fan.

Some applications, like datacenters, have little human presence and equipment size takes priority. Here it is preferred to use 1U high (44.4mm) power supply racks and one or two high speed 40mm fans to keep the power supplies cool.  Although these fans have high airflow, they emit a great deal of acoustic noise at frequencies very annoying to the human ear.

The amount of noise a fan generates is related to their size, rotation speed, construction and how the air is travelling over or through the components it is cooling.  For the same airflow requirement, a smaller fan is much noisier than a larger one because it has to rotate at higher speeds to produce the same cooling effect.  Table 1 below compares a 40mm and a 60mm fan.  It shows that the 40mm version has 66% of the cross sectional area blocked due to the fan hub, whereas the 60mm has only 51%. 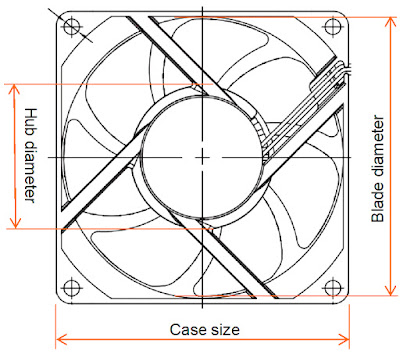 The fan bearing type also will affect acoustic noise.  The quietest is the sleeve bearing, but is less reliable long term than a ball bearing type, especially at higher temperatures and care has to be taken with the mounting orientation.  Bearings do create vibration which can affect the system performance of say a digital microscope or scanner.  A lower speed fan can reduce this.

Fan blades are often designed to create turbulence in the airflow, which increases acoustic noise as it passes over the components and heat sinks inside the power supply. When high velocity turbulent air comes into contact with a physical object, it can create a highly annoying audible tone and increase the noise by up to 10 dBa which equates to a doubling of the perceived loudness.

To protect operators and service technicians, a finger guard is usually fitted to the fan.  As the guard is in the path of the airflow, it will also create acoustical noise.  Table 2 shows typical levels of noise for two fan guard types when used with a low speed fan.  The wire grill (with circular wire) offers the best balance of protection and acoustic noise, but is more costly and involves manual labor to assemble compared to a machine punched pattern in the power supply enclosure.  Of course, the noise levels rise as the speed of the fan is increased.

Careful consideration should be taken when designing the internal construction and layout of the power supply.  Obstructions to airflow will reduce its cooling effect, resulting in the need for a higher speed fan and hence higher noise.

Variable speed fans are growing in popularity, as quite often a power supply is not running in a hot environment, or running at full load. Not only will audible noise be reduced, the fan will last longer. Sensors are used to measure a heatsink temperature or other hot component to determine if more or less air is required. The circuit must have sufficient hysteresis to avoid constantly changing fan speeds, as this can be more annoying that a fixed speed, higher noise fan.  TDK-Lambda’s recently launched QM series of modular power supplies senses the incoming air temperature.  This enables the fan to run slower and quieter at room temperature, but faster at higher temperatures, where humans would not normally be present.

The amount of wasted heat is determined by the efficiency of the power supply. The graph in Figure 1 shows that with a 90% efficient 600W output power supply, only 67W is generated, compared to 115W unit with an efficiency of 85%.  Increasing efficiency enables the use of quieter, slower speed cooling fans. 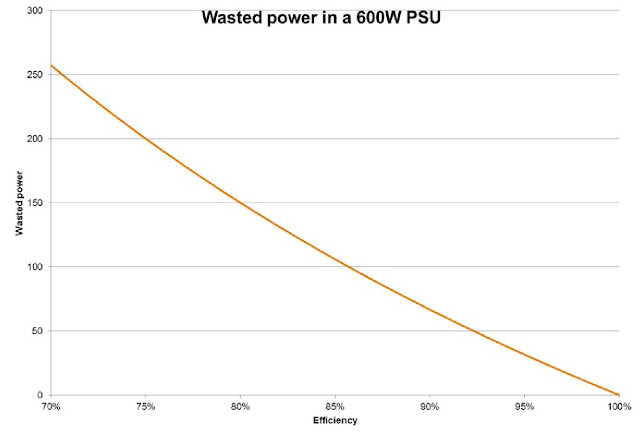 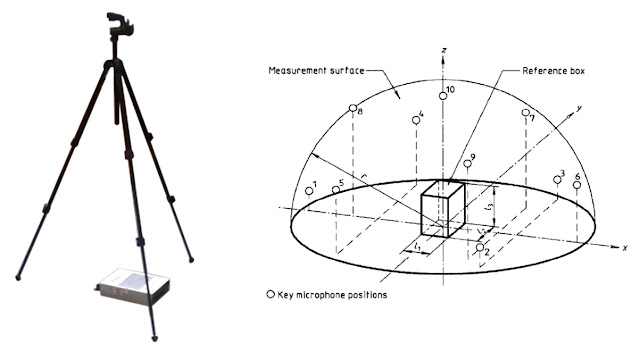 The results proved that the steps taken in the QM7 design had significantly reduced fan noise, with the 1500W rated QM7 measuring a low 44.3 dBa. Other products measured were as high as 58 dBa. Note again, a 10 dBa which equates to a doubling of the perceived loudness.

Twenty one employees were asked to take part in a “blind” acoustic study, listening to the individual models and rating them on loudness and how annoying they were.  The tests again revealed that the QM7 came out as the best model.

The QM series is the latest in a 37-year legacy of modular power supplies, beginning with the invention of the ML series, a world first in 1979.  Having both medical and industrial safety certifications, the QM is very suitable for a wide range of applications, including BF rated medical equipment, test and measurement, broadcast, communications and renewable energy applications. With a wide range 90-264Vac, 47-440Hz input the QM7 can deliver 1200W, and 1500W with a 150-264Vac high line input.  Up to 16 outputs can be provided, with voltages ranging from 2.8V to 52.8V, with additional higher voltages of up to 105.6V in development.
Posted by Power Guy at 9:55 AM