Arbitrary waveform generators are used to test electrical and electronic equipment to ensure that the product operates properly, or to pin point a particular fault.  These can be used either repetitively or as a once only (single-shot).  The waveforms can be triggered to run by an external event, a signal from another piece of equipment for example, manually using the front panel controls or by using the GUI interface.  An arbitrary waveform generator differs to that of a function generator in that specific points in the waveform can be programmed to create custom waveforms.


The Z+ series of programmable power supplies allows the storage of up to four arbitrary waveforms in internal non-volatile memory cells to control the output voltage or current.  Profiles can contain up to 12 steps and be triggered to operate using the communication interfaces or via the front panel.  Additional waveforms can be stored on a computer.


These arbitrary waveforms can be easily created by using the “Z+ Waveform Creator” application provided on the CD-ROM. 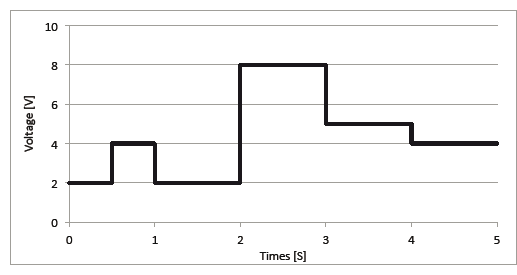 Figure 1: List example
WAVE also allows gradual output voltage or current changes.  In Figure 2 the output is again set to 2V for 1s after an external trigger.  This time it is gradually increased to 4V over a 0.5s time period. It remains at 4V for 0.5s before being programmed to gradually increase to 9V over 0.5s where it remains for 0.5s, before decreasing to 3V over 1.5s period, staying at 3V for 1s. 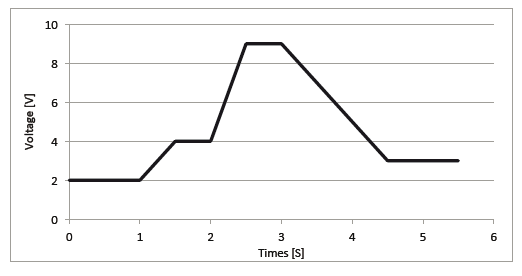 Figure 2: Waveform
The Graphical User Interface (GUI), which can also be downloaded from the website, contains a Waveform Profile Generator which can be used for more complex waveforms, including sine, triangle and saw tooth. See Figure 3. 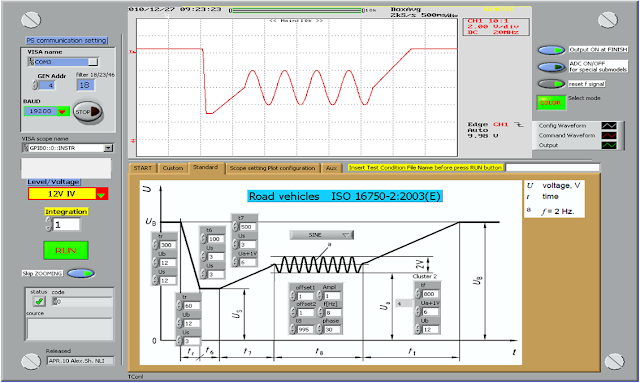 Figure 3: Waveform Profile Generator
The arbitrary waveforms can be used for a variety of applications including vehicle battery starting profiles to test automotive components and assemblies.  See Figure 4. 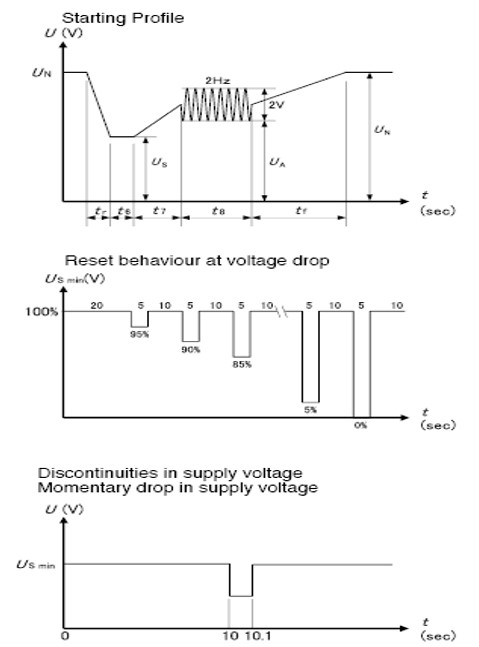